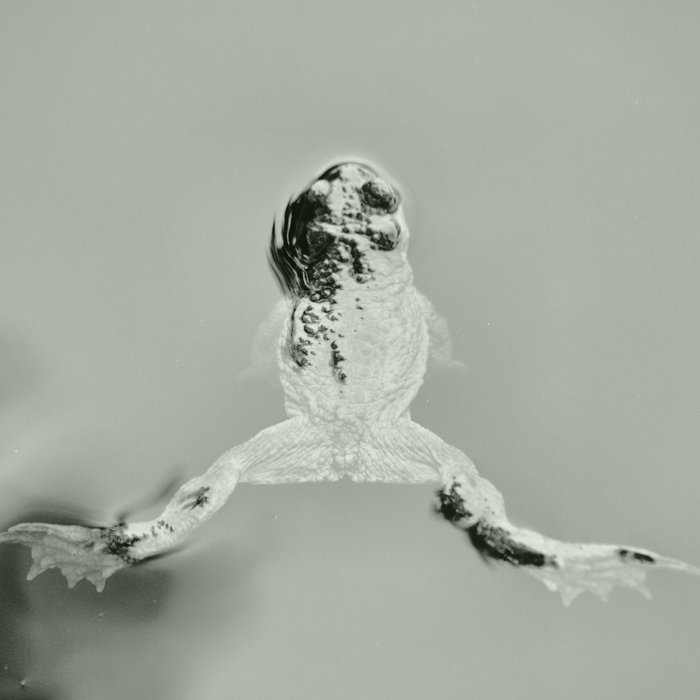 net is a British sound artist named Edward Trethowan, currently based in Tampere, Finland who has also recorded as N.E Trethowan. Edward has recorded material for Linear Obsessional, Finnish label Kaukana Väijyy Ambient and his own imprint TVEI. Edward’s influences are widespread, enlisting artists such as Autechre, Éric Cordier and Ursula Le Guin as well as everything from landscapes, wildlife, spiders and retro-futuristic sci-fi as his source of inspiration. Edward has been recording one way or another since the turn of the millennium and these days his sound usually starts life as a MIDI sequence, field recording or sample fed to different instruments or effects chains until an appealing texture or motif develops. He then builds on this with more parts, piece by piece with no set plans. A particular focus is to ensure that the sounds develop, avoiding the temptation to repeat phrases over and over so that the work progresses.

Last year Edward made the decision to shorten the former N.E Trethowan guise into the abbreviated ‘net’, which brings to mind the texture of a net or web and the natural accumulation of unrelated and foreign semiotic bits and pieces that could get caught in it. Both the structure of the net and its contents form part of the bigger picture, as Edward decided to make the project sound less authored and allow you to delve more into the sound itself, which is often as much down to chance and sporadic ideas than Edward’s sole vision.

HS is an album full of gentle granular textures that weighs in generously at 55 minutes and is pristinely mastered by Fraser McGowan, who suggested that Edward approached Whitelabrecs as a home for the project. HS is a sort of spiritual successor to RS which was released in 2012, with both records being dedications to Edward’s maternal grandparents. In fact, opening track ‘Ptarmigan’ includes a sample of his grandmother singing back in the 1940s.
Aside from this, HS is free from a set concept as the net traps and envelopes many of Edward’s unrelated experiences and ideas during the album’s creation: 'Plaza' was inspired by the overwhelming metropolis of the planet Trantor in Isaac Asimov's Foundation series. 'Werel' is an attempt to capture the beauty, stillness and vast, textured summer evening skies of the Rauhaniemi beach in Tampere. In the summer of 2014, several days before the birth of their son, Edward and his wife Annika chanced upon a nestling bird helpless on the pavement in an old red-brick industrial area of Tampere. Unsure from where it had fallen, they took it in and kept it fed overnight. The next day, they located the nest in the wall and returned the chick safely. This bird is the fellow that can be heard chirping in 'Nestling'.

HS is a record that captures a series of snapshots from the time in Edward’s life when the album was being created, rounded off by the cover artwork which was taken by Annika.

Whitelabrecs is a UK based experimental record label established in 2016, specialising in highly limited runs of vinyl- effect CDrs. We specialise in Ambient, Modern Classical and Electro Acoustic music.

Cannibal Corpse's George "Corpsegrinder" Fisher stops by for an interview