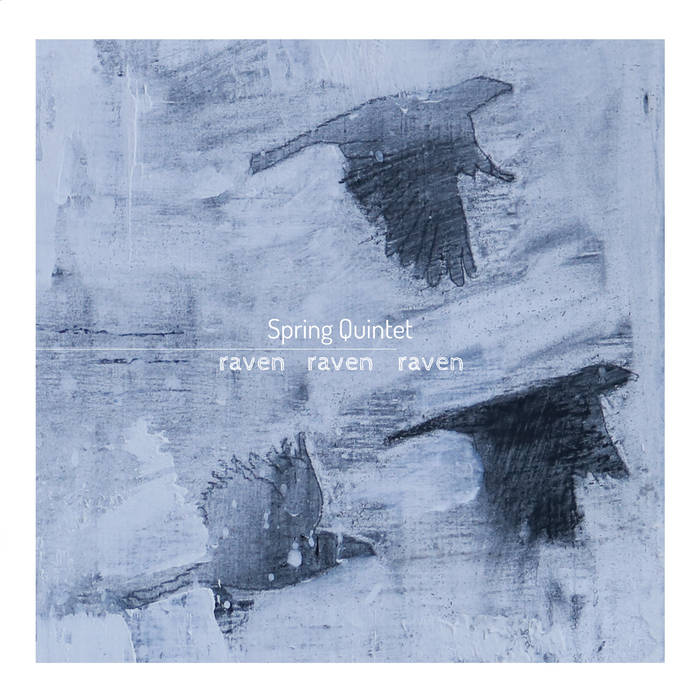 ‘Raven, Raven, Raven’ is a longform piece which originates from a live performance at Casa Del Popolo in Montreal, between Christoff and the aforementioned musicians. The ensemble performance was for a benefit show at the Native Friendship Centre and at a later date this was subsequently passed to Milan-based artist Matteo Uggeri, who had previously collaborated with Stefan through their mutual contact Vasco Viviani, owner of Old Bicycle Records. Matteo was tasked with the opportunity to deconstruct, rearrange and rebuild this raw recording as well as to adorn it with additional layers of sounds. Matteo’s own take on the original work took up a new approach to something that was originally live and flowing and once each artist had their own space in which to bring their own separate ideas, they then spent a slow period of regular communication via email during which the project gathered the momentum to eventually achieve the final results which have been beautifully mastered by Ian Hawgood.

'Raven, Raven, Raven' still flows like a live record, as if Matteo was there, present at this intimate live music venue, playing to the small crowd. Field recordings, samples and radio static blend through the individual movements of this modern classical micro-symphony in a seamless way. The album is intended to be gapless, playing continually both as the single track on the CD or as the split 5 movements within the stream or digital version.

The title to this body of work reflects back to how the original concert performance was set up to help support indigenous programs for people struggling with homelessness and poverty, with birds not only being particularly important in poetics, but also in different indigenous cultures too. It is often a symbol and this motif repeats itself within the recurring themes throughout this recording both within the music and the beautiful packaging, which features paintings by Chris Day and graphic design which Matteo also contributed to. Both Stefan and Matteo care deeply about human rights and the playful composition they have produced alongside this group of musicians represent this, with characterful glints of hope and freedom.

Written and produced by Stefan Christoff and Matteo Uggeri